What is Newsjacking & How to Use it?

Home > General News > What is Newsjacking & How to Use it? 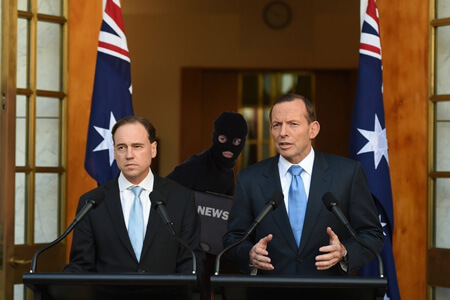 Public relations had already been a well-established practice, almost one hundred years old, when a few years ago online communication tools began to gain more prominence than ever.  The way PR practitioners influence audiences and gain awareness and trust for the organisations they represent has changed for good. If just 10-15 years ago you would have to write press releases and send them to press institutions by fax or via email, hoping someone will pay attention to the news, nowadays such rigid and ineffective methods have been replaced by real time social media tools. Now information is distributed without being filtered by gatekeepers and it is only the quality of your contents that makes the difference.

One of these effective tools is newsjacking, which integrates perfectly within the current inbound marketing trend. Newsjacking is using breaking news as a framework for exposing your ideas or point of view in order to generate media coverage for your business and promoting your products. This revolutionary technique is far superior to the traditional sending a press release or a PR pitch to journalists, as it benefits from the advantages of instant communication tools.

When to use Newsjacking?

The one secret to successful newsjacking is knowing the cycle of life of a news story and knowing where and when to place your perspective. The idea is to be aware of a breakthrough event and to comment on it before journalists manage to find additional information from other sources. As a result of the breaking news being taken over by journalists, public excitement grows and in the process you will gain more awareness and visibility for you or your business by offering valuable content about the hot issue. Make sure you infuse the content with your opinion and that you add value to the information.

How to use Newsjacking as a Promotional Tool?

Newsjacking as an inbound marketing and PR method has been promoted by David Meerman Scott and it is now being used by hundreds of brands all over the world. Some do it successfully, while other can fail if the audience feels that marketers take advantage of a negative event in order to push products and services to potential customers. The key is finding an important event, preferably with positive implications, and emphasizing the common denominator between the breaking news and your brand. At the same time, you need to avoid your newsjacking content becoming blatantly promotional.

The Dangers of Newsjacking

Newsjacking is easy to do by almost any skilled content creator, but one should know it is a double-edged sword. The dangers of newsjacking is using fake stories, affecting your credibility or referring to an event with negative connotations. An example is the Kenneth Cole case, where the well-known designer posted some tweets referring to the Syrian conflict and the Egyptian revolution in order to promote his company’s shoes. Consequently, Cole was disapproved of by online audiences and had to issue an apology. Bad newsjacking spreads like wildfire and easily affects the reputation of brands within minutes.

A famous example of Newsjacking

One of the most famous positive examples of newsjacking comes from Oreo. During the 35-minute blackout at Superbowl in February 2013, they posted a photo on Facebook with the description “Power Out? No problem.” On the photo it was written “You can still dunk in the dark.” The posting received thousands of likes within minutes.

Successful newsjacking and the huge awareness it brings to brands almost instantaneously shows how important spontaneous online engaging with the audience is. This method is all about being a savvy inbound marketer and enjoying the momentum that a breakthrough event can bring to your brand. All in all, techniques like newsjacking are part of the tools which have added new flavor to public relations and changed the way brands interact with their target publics.