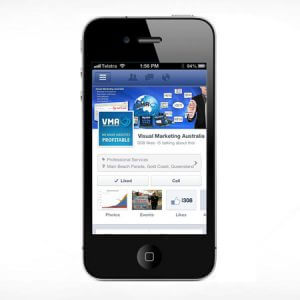 Recently, Facebook unveiled the results of 2012 Q4 according to which the network had more daily users using mobile devices rather than PCs. The numbers were surprisingly high. Moreover, it was also noted that almost 23% of the Facebook’s revenue for the quarter came through mobile advertising.

For Q4, Facebook announced $1.33 billion in ad revenue. Almost $306 million of this, or 23 percent, was generated through mobile advertising. On the other hand, the revenue for the whole year was a little over $5 billion.

During Q4, the Facebook had 680 million mobile monthly active users, as compared to 1 billion in total, with 157 million monthly only mobile users.

All through the previous year, Facebook aimed to grow its network and leveraging mobile devices and platforms. Their plan was achieved through regular updates of the Android apps combined with a complete innovation of the iOS version.

The Q4 report published by Techcrunch shows the Overall Monthly Active Users (MAUs) to be at 1.06 billion, increasing from 1.01 billion in Q3.

Within the last few months, Facebook has also opted for several new options for revenue generation. This includes app install ads, Sponsored Results and Gifts. It further continued to build up other options such as the Facebook as exchange as well. Considering these reports, experts expect that Facebook with continue to put their focus more on the mobile experience of its Facebook users.

At an event held in September, Zuckerberg stated his goal for the company to see a time when Facebook will gain more revenue from mobile users. Last week at a press release, Mark Zuckerberg was able to put forward the latest numbers and finally was able to announce:

“In 2012, we connected over a billion people and became a mobile company.”

Even though the news is great for Facebook, the question arises if they will soon offer mobile users an access to tabs. Marketers uses the tabs as a major way to put forward numerous contest, coupons, and other Timeline apps, in order to capture a wide range of audience as well as increase engagement.

Marketers are hoping that Facebook will soon understand the mainstay issue. If the company is creating Facebook ads it becomes essential for them to allow its users to access the tab by default.