How Facebook Can Help With Your Success – Recently, Facebook flaunted the impressive success rate of its Promoted Posts as well as the general achievements of ads appearing in the News Feed. It was done during the earnings call which announced the Q4 financial figures. The figures certainly beat the estimates of the analysts by far.

Facebook COO Sheryl Sandberg, during the earnings call, declared that approximately 500, 000 Pages tried the Promoted Posts. The Promoted Posts is the new ad product which offers its Page owners an opportunity to have a status update reaching more and more Facebook users. The cost of it is determined by the number of fans a Page has, ranging from a few dollars to a couple of thousands.

On the other hand, the owners of the Pages, whether big or small, complain about the idea of these Promoted Posts and the way Facebook has a natural way of dialing down to reach the posts, during the last couple of months. The owners make a point of why they have to pay to reach for those Facebook users who have already “liked” their pages.

Yet, no matter how many complains there are, Promoted Posts are certainly here to stay. And according to the Facebook, more and more Page owners are adopting them over time. Sandberg, during the earning call, announced that almost 30 percent of the users of Promoted Posts are new advisers; whereas about 70 percent have become the repeat customers.

It is better to mention here that Promoted Posts serves only as a small part of the overall revenue of Facebook. CEO Mark Zuckerberg also announced in the earning that the company took in a little less than $5 million from things including Gifts and Promoted Posts.

Facebook also flaunted their general success of the company’s News Feeds ads, promoting that almost 65 percent of the Facebook advertisers are using these News Feeds. The number has risen from about 50 percent from the end of the third quarter.

According to CFO David Ebersman, the News Feed ads are working better for most advertisers than display ads in the right rail. Data was measured by Datalogix, according to which the Facebook News Feed ads can drive up to 8x more offline sales than the conventional right rail ads.

However, the more sought-after perception is that users are more likely to reject seeing ads proliferating in the News Feeds. Yet, Facebook owner Zuckerberg claims that by putting ads in the News Feed, there has been a decline of only about 2% in the “likes” and comments. 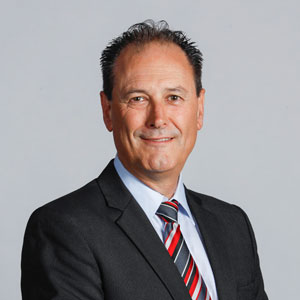 With over 39 years’ experience in Print Media, Sales and Marketing, Online Services & Marketing plus Financial Service industries. John brings a wealth of knowledge to Visual Marketing Australia. As a Certified Google Partner, his Digital Marketing knowledge includes: Web Design & Development, SEO, Mobile App. Development, Online Marketing, Online Video Marketing and Email Marketing Solutions. With 10 years experience in using Zoho CRM it is a natural progression to become and Authorised Consulting Partner so we can now add Sales and Marketing Automation to the list.