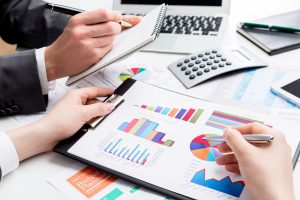 Here is what you should know, so you start benefiting from those advantages as soon as possible:

The most difficult part of running a small business is often the beginning. Many aspiring entrepreneurs with interesting business ideas give up on their dream of running their own businesses due to bureaucracy. The good news is that $300 million have been allocated to State governments to reduce compliance burdens for small-size companies.

For this purpose, a body called the National Partnership for Regulatory Reform (NPRR) has been formed, and its first priority is to eliminate duplicated regulations. Small business owners are advised to follow developments from the NPRR by consulting closely with tax agents and other professionals in the field so they find out immediately about each change that benefits them.

Further changes that came about with the 2017 Federal Budget were the simplification of business registration and licensing processes throughout Australia, with the objective of making these processes fully available online. This measure of migrating business registration processes online will definitely be welcomed by today’s entrepreneurs, who want to save time and effort by completing duties online rather than wasting time travelling to and from Trade Register premises and standing in a queue to have their papers processed.

Investment in innovation and trading 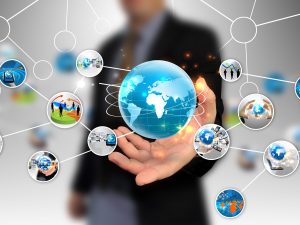 The 2017 Federal Budget follows the direction set by the last year’s budget which focused strongly on innovation. Incentives aimed both at small and large businesses have been implemented starting with last year, and new measures to be introduced in 2017 include allowing proprietary companies to use crowd-sourced equity funding. This measure makes it possible for small businesses to acquire capital by issuing shares, but without needing to comply with the requirements and scale of larger public listings that are currently being seen on the stock exchange.

Training is also a chapter that will develop even more starting this year, as the 2017 Federal Budget has allocated an extra $1.5 billion to upgrade the skills of Australian employees, by easing the process of obtaining funding for trainees, apprentices, and “high-level” skill employees.

If your staff consists of foreign employees, there is one thing you need to find out: the 457 visa was replaced in the 2017 Federal Budget with the Temporary Skill Shortage Visa, which increases the level of tax for employers – your staffing decisions will probably be influenced by the costs associated with these visa changes.

Starting a small business is just the first step – developing it without much hindrance is just as important. This year’s budget has brought some positive changes regarding claims – now small businesses can make a large number of claims on equipment and other capital expenses in a simpler way. The threshold is the same, $20,000, but the scheme has been extended by at least another year.  Most small business owners choose to invest in digital assets, allowing them to improve online sales and address audiences overseas.

Make sure you don’t overlook any of the changes brought by the 2017 Federal Budget – this year is the best time to grow your business offline and online!